One evening I got home from work, and as I walked past our kitchen my wife gently informed me, “Uh, I’ve had this water running for 10 minutes, and it’s not getting hot”.  Uh oh.

“I bet the garage door was open when we had those winds the other day, and the pilot light blew out”, I said to myself. It made sense – early July, hot outside, insulated unit. The water just didn’t cool down until now.

I peered into the little door at the bottom of the heater to check the pilot. Sure ’nuff, the pilot light flame was not to be seen. No problem – I had relit it before. So, I proceeded to do so again.

Dang. I turned the gas knob to the lighting position, pressed down on the “light” button, lit the pilot, and after 60 seconds released the button (as per the instructions printed on the water heater). The stupid pilot went out. I tried three times, always getting the same result. There must be something else wrong. Man, I really didn’t want to replace the unit. True, it was old. But it seemed to be in great condition otherwise. And it worked like a charm.

I Googled “water heater pilot light won’t stay lit”. The search results indicated that the most likely cause was the thermocouple. There were other possibilities, but that seemed to fit and was apparently easy to  fix.

I did some more searching on “how to replace a thermocouple”.  The following was among the videos that came up, and it very clearly explained the simple steps to follow:

Here’s How I Replaced The Thermocouple First, I dropped in at my local Home Depot to see what they had, and how much a thermocouple cost. They had two sizes, 36 inch and 24 inch. The 24 inch was only $11 and some change, so I went ahead and bought it. It seemed a bit on the longish side, but I had noticed in one of the videos that you could coil up excess copper wire and it still worked just fine. (If you do this, DO NOT try to shorten the wire by cutting it).

Then came the task of removing the old burning pan unit, which included the gas line and the thermocouple. I’m glad I watch the video, and had noted that the entire unit had to be removed, otherwise I probably would have tried to remove the thermocouple all by itself (a task that would not have been fun).

Once the unit was out, I took the opportunity to vacuum all of the crap (cinder-like substance) that had collected at the bottom of the unit. It seemed like that would be a good idea. You never know just how much can collect before there’s a safety issue. And, there’s a chance it might improve the efficiency when the water heater is in full swing.

After this is when my experience differed somewhat from what I witnessed in the videos. For the life of me, I could not get the little metal sensor of the thermocouple past the brackets that held it in place. In the videos it came right out with a minor tug, but that wasn’t the case for me. I finally had to cut the wire, and the pry at the metal end using various tool until it finally broke apart and came free. But, I got it!

Putting it All Back Together

I then replaced the thermocouple assembly by placing the metal sensor of the replacement unit into the brackets. The new one was smaller in diameter, so it was actually quite easy to fit it in the slot. I definitely felt a sense of relief that I had not bent anything important or broke anything.

The next step was just a matter of reversing the original removal steps and reattaching the burner unit. I tightened up the proper screws (it was a bit difficult “finding” the thread match when I was tightening the nut on the thermocouple because it’s tiny and the wire kept moving around). I had several inches of excess wire, so I just coiled it up like in the video, and let it “hang” outside the unit. After that, it was just a matter of relighting the pilot and checking for leaks with some soapy water.

So, there you have it. It’s pretty easy to do, and can save a bit of money over the cost of a visit by an HVAC technician. However, I would be remiss if I didn’t mention that working with natural gas appliances, if you are not careful, can be very dangerous. So, if you feel nervous about trying this yourself, it might be a good idea to call someone who can do it for you. Just a friendly little warning 🙂 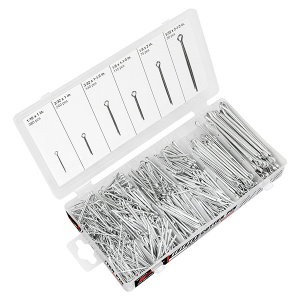 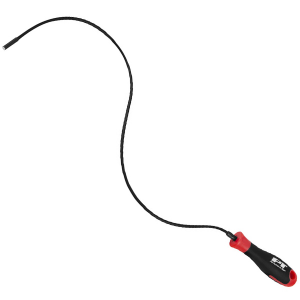