!TANG – LIVE AT THE ELBO ROOM

Formed eight years ago from the ranks of the UC Berkeley Marching Band, !Tang is an eight-piece indie-soul extravaganza with a sound that defines 'burgeoning.' This band will get you up off your ass, grab you by the funkpants, and never let go. But they'll do more than that. They'll make you think, and yes, they might even make you feel something. Taking postmodern cues from artists like Beck and the Beastie Boys, !Tang moves seamlessly through styles – weaving Soul, Rock, Jazz, and Hip-Hop into a purely original thinking man's dance music. Led energetically by the throat of front man Ray Wilcox, the WAMMIE-winning band has been compared to such artists as Lenny Kravitz, Spearhead, and Sly and the Family Stone. Their Tower-of-Power-esque horn section screams pure funk, while their Phish-esque jams recall their classical and jazz training. The band has captured their unique sound on three major-label-quality albums ('Oaktown Ring,' 'How Do You Take It,' and 'Live at the Elbo Room'), as well as self-producing a track for Todd Rundgren's Cleopatra release 'Reconstructed.' These recordings showcase !Tang's songwriting and arranging talents and stellar musicianship, while retaining the intensity of the band's live show. They have independently sold over 5000 copies of these releases and continue to blow audiences away up and down the west coast. !Tang has worked with several industry heavy hitters to create a sound that is as exciting and fresh as it is radio-ready. 'They prove their abilities run wider and deeper than just the groove, as they incorporate pop, hip hop, jazz, latin, ska, and whatever else they feel like spicing up the broth with. It's a potent stew, indeed.' Stark Raving Brad, Zero Magazine 'You can tell these guys have listened to a whole lotta records, and their playing reveals countless hours studying that one Maceo hook or a Bootsy bassline that blew their minds…they could always turn the party out.' Sylvia W. Chow, East Bay Express
List Price:
Price: 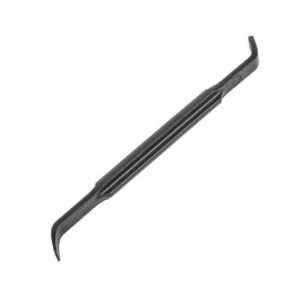